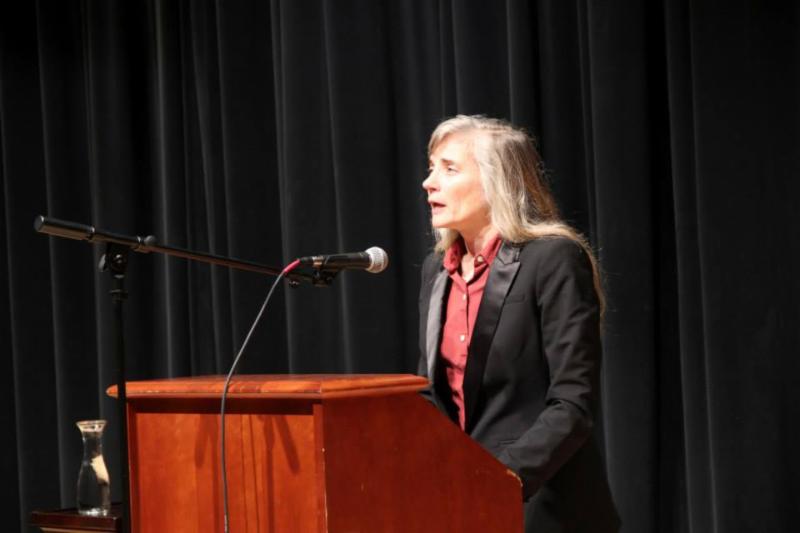 author of “Creative Responses to Worlds Unraveling: The Artist in the 21st Century” (Fall 2013), and the novel, “Strange As This Weather Has Been (2007)

Ann Pancake—fiction writer, essayist, and environmental activist—will read from her work on Monday, April 21, at 7 PM, followed by a talk and short reception. Although Pancake currently lives in Seattle, Washington the West Virginia native’s writing, political efforts, and heart remain firmly focused in her home state, where the coal mining industry—in particular the highly controversial process of mountaintop removal—has both supported and devastated the populace in many areas.

Her first book was Given Ground (2000), a collection of short stories published as the winner of the Bakeless Prize. Pancake’s novel Strange As This Weather Has Been (2007) won the Weatherford Award, was a finalist for the Orion Book Award, and was named one of the top ten fiction books of that year by Kirkus Reviews. Wendell Berry termed this work “one of the bravest novels I’ve ever read.”

Pancake’s recent Georgia Review essay, “Creative Responses to Worlds Unraveling: The Artist in the 21st Century” (Fall 2013), worries the hows and whys of what a writer might do in the face of the huge complexities of environmental degradation: “I believe literature’s most pressing political task of all in these times is envisioning alternative future realities . . . a way forward which is not based in idealism or fantasy, which does not offer dystopia or utopia, but still turns current paradigms on their heads.”